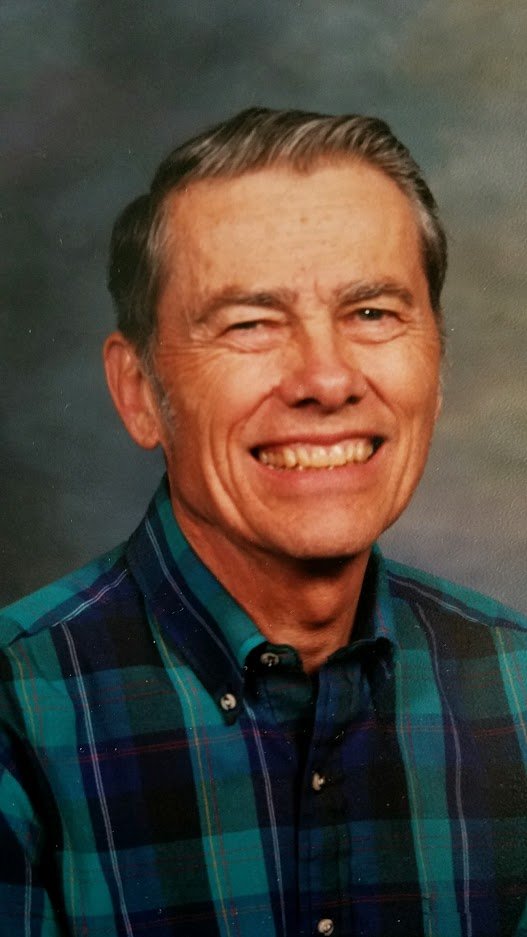 Richard “Dick” Lee Josselyn, born June 3, 1928 in Denver, Colorado, completed his life on earth at home on February 22, 2020 in Denver. Dick’s legacy began when his pioneering great-grandparents traveled to Colorado by covered wagon, carrying with them a love of the outdoors, mountains, and conservation that has carried down through the generations into Dick’s great-grandchildren. Dick exemplified kindness, helpfulness and optimism in every aspect of his active, adventure-filled life; from jeeping the roughest terrain, to square dancing with the Square Halos and other area and national clubs.  He always had an infectious smile for anyone he met. He kept active and strong by weekly hiking, dancing, cross-country skiing, and snowshoeing. During the warm months, he tended his garden as he tended his family, with loving care and devotion. Dick dedicated 40 years of his life to Walgreens as a pharmacist where he was known for his warm smile, great client care, and passion for the details of the job. He retired without a sick day; and one time he chased, tackled, and detained an armed robber that tried to steal from the store, publicly earning the hero status his family already knew he had. He grew up on Sheridan Blvd when the property across the street was nothing but fields. He attended Denver’s North High School, Denver University, and the University of Colorado (CU), on his way to becoming a pharmacist.  Dick served in the US Army medical corp for two years to support the Korean War effort. From Colorado Springs, to Fort Collins, to Denver, his career never took him away from the state he was so connected to as a fourth generation Coloradan. Dick loved taking his family camping, hiking, cross country skiing, and spending time at their family cabin applicably named Kenjockety (“a place away from the crowd”). Retirement never slowed him down and he participated in many Road Scholar trips, travel trailer journeys and overseas adventures. Dick was a servant of his community, belonging to the Optimist Club, helping neighbors when he could, and serving his church, St. Paul’s Episcopal Church of Lakewood. Dick is survived by his wife of 60 years, Janice; his three children Sheryl (Mike), Lee (Eileen), and David (Jenni); seven grandchildren Jocelyn, Christopher, Treven, Micah, Brandon, Rachel, and Juliet; and two great-grandchildren Daniel and Nathaniel.

A celebration of Dick’s life will be held at St. Paul’s, 9200 W. 10th Avenue, in Lakewood, CO, on Saturday, March 7th at 2:00pm with a reception, featuring his favorite dessert, cherry pie.

In lieu of flowers, donations can be made to your favorite charity or to St. Paul's Espicopal Church memorial fund.

Share Your Memory of
Richard
Upload Your Memory View All Memories
Be the first to upload a memory!
Share A Memory
Plant a Tree