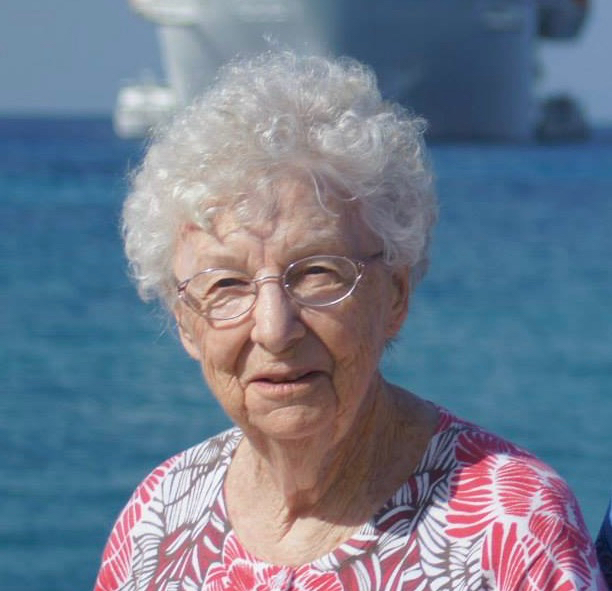 Norma Lorene Schlabaugh passed away in Northglenn, Colorado, on Monday,
January 20, 2020. She was 87 years old. Norma was preceded in death by her
husband, John Edward Schlabaugh, her husband of 54 years.
Those she left behind include son Jim Schlabaugh and wife Kathy, daughter Jill
Riggin and husband Dan, and daughter Merri Berrios. Four grandsons, two
granddaughters, and ten great grandkids, will keep the memory of Norma alive
for many years.
Norma was born in Wellman, Iowa on March 29, 1932 to Roy McArtor and Cora
King McArtor. She was one of seven siblings of a large rural Iowa family. They
have all preceded her in death.
Norma married John Schlabaugh on the 13th of November, 1951 in the Little
Brown Church of the Vale in Nashua, Iowa. She moved to Denver with her
husband John after he was discharged from the Navy. She was a stay at home
mom while her children were growing up. When the kids grew up Norma worked
at Adams County schools as a baker. She and John moved to San Diego in the
mid-1980’s to begin a new chapter in their lives with John’s new business where
she worked at a silk screen company doing embroidery. They returned to Denver
in the late 1990’s when John was diagnosed with cancer. After John’s death,
Norma moved to the Broomfield area to be closer to her daughter.
Norma loved her family dearly. She loved to sew and made many quilts for her
children and grandchildren. She loved to travel and took many trips with John
and her family.
Norma will be buried at Fort Logan Cemetery. There will be a short service at
Fort Logan on Tuesday, February 4, at 10:00 am.

To send flowers to the family or plant a tree in memory of Norma Schlabaugh, please visit Tribute Store
Tuesday
4
February

Share Your Memory of
Norma
Upload Your Memory View All Memories
Be the first to upload a memory!
Share A Memory
Send Flowers