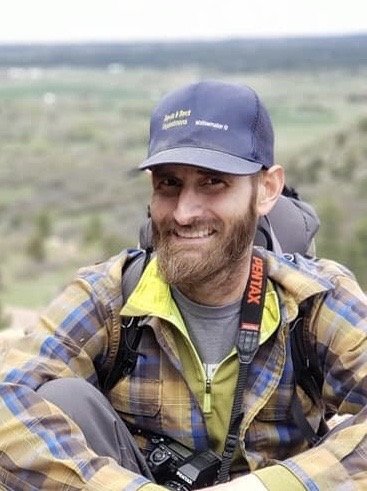 Todd Davis, 37, passed away Thursday, December 19, 2019 at his home in Highlands Ranch, Colorado surrounded by his family and friends.

Born February 26, 1982 in Marion, Ohio, Todd was the oldest son of Keven and Tari Davis. He served in the U.S. Marine Corp as an aircraft fighting and rescue specialist and was an avid outdoorsman. He met the love of his life, Angel Davis, in Asheville, NC where they married in 2009.

Todd was a loving father, husband, son, brother, and friend to everyone. To know Todd is to know of the steady ease that came with his generous heart and gentle soul. He made you feel at home and free of judgment and could make you feel seen and accepted without ever using words of expression; it was in his essence and was felt by anyone who had the privilege of knowing him. Todd Davis was a thoughtful and intentional man. One who, when he spoke, the entire room paused to listen and soak in his words. As a friend, Todd was the last to take any credit yet the first to jump in and help where help was needed. As a leader within the helping profession, he worked tirelessly to ensure his crew had what they needed to provide the highest quality of care for the students and families he served. As a father, he knew no bounds when it came to caring for his two daughters and bringing laughter and joy into their world; he was a shining example to them of how to LIVE life to the fullest. Lastly, as a husband, Todd moved through this world as a loving and devoted partner who shared an unbreakable bond with his wife. His life positively impacted, and continues to impact, the lives of so many family members, friends, community members, and those he has served throughout his career.

Todd is preceded in death by his Grandfather, Tom Davis of Ohio; cousin, Amanda Grossi of Ohio; father-in-law, Edgar Hopkins of Illinois.

In lieu of flowers, memorial contributions can be made to the Colorectal cancer alliance: https://impact.ccalliance.org/give/255703/#!/donation/checkout

To plant a tree in memory of Todd Davis, please visit Tribute Store

Share Your Memory of
Todd
Upload Your Memory View All Memories
Be the first to upload a memory!
Share A Memory
Plant a Tree