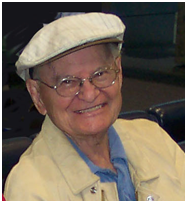 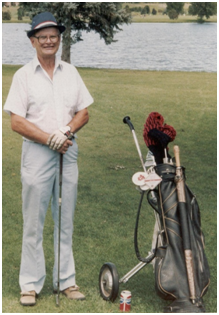 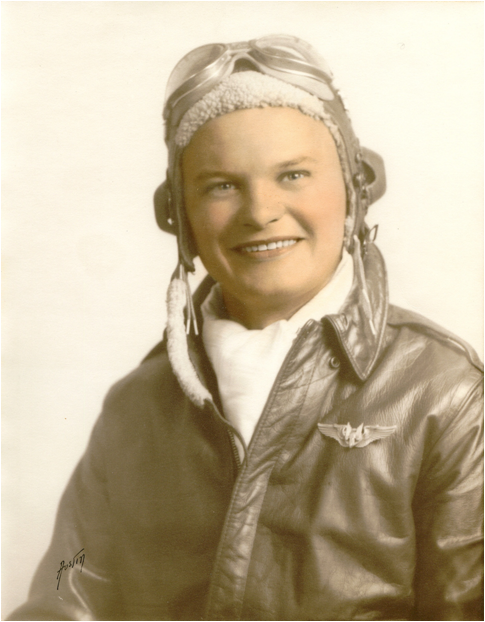 My dad was not a famous man or even a great one; rather he was a quiet person who liked to spend time with his family.  He made his fortune by taking financial risks and working two jobs for most of his life.  He loved his wife, Darlene, and would do anything to protect her and give her the things she loves.

An only child, he grew up in Pueblo, Colorado with parents Edna and Eugene Hall.  In his youth, he worked for the newspaper, managing the delivery service and was also a champion roller skater which is how he met Darlene.  When WWII started, he signed up for the Air Force, was shot down over Russia and reported Missing in Action for a few months.  He survived the crash and walked through the country until he and the other survivors were reunited with the US Forces.  They lived on Russian brown bread and water for weeks.  After he was found, they were sent to Brazil on Rest & Relaxation.  He never told us any more about his time there except we noticed he never ate brown bread again and he loved bananas.

In August 1945, he was on leave back in the states.  He found my mom in Longmont and proposed to her.  They were married that week. He called himself an “Adventurist” because he loved to travel, and travel they did for three years, working at odd jobs to make money for gas and then moving on.  They traveled up and down the east coast, living in New York and Florida before coming back to Colorado to raise a family.

He designed and built two homes without any formal training in this field.  The first house was a replica of his parents’ home but the second was his unique design and an architectural success; quite forward thinking for its day and built to include the geological aspects of the property.  I remember him sitting for hours at a large table in his office in the basement, blueprints spread across the desk.  The house is two stories with an elevated living room and an amazing view of the Rocky Mountains.  My parents entertained in that house hosting parties regularly for friends and family.

While he worked 9-5 as a commercial appraiser for the City of Denver, he was also an entrepreneur and purchased an empty lot on Colorado Boulevard for a Dairy Queen.  Dad loved ice cream, remembering his family’s trips to California when he was young.  Each family would bring a hand-cranked ice cream bucket and make their own ice cream for the family picnics.  “When the ice cream was gone, we would all go home,” he told us.

The property for the Dairy Queen was not zoned properly but that did not stop him.  He brought his lovely pregnant wife and 1-year old child to the City Councillor’s house to ask him to change the zoning.  The butler ushered them into the huge house, and they spoke with the city councillor in his dining room.  He promised the zoning would be changed and it was.  Don built the building for the Dairy Queen as well and both he and Darlene worked there creating a successful business.  Darlene later confided her secret of success: she added vanilla to the ice cream formula.  They owned two Dairy Queens and everyone in the family worked there at one time or another.

Later, they expanded into apartments and both owned and managed them, fixing the plumbing, cleaning, painting and furnishing them.  Both of our parents worked to make a good life for our family.  They gave their kids part-time jobs, paid our way through college and taught us how to work for what we wanted.  Dad retired from his city job when he was 61 and then spent his time at the apartments.  He was a real estate agent and did all the taxes and paperwork well into his 70’s.  He loved being retired and often chided me in later years for still working. “You should retire,” he would say. “It’s great.”

Throughout their married life, Mom and Dad travelled extensively throughout the world by plane and ship, visiting Europe, Central and South America and even Africa.  They rode on the first Concorde airplane and cruised around Norway on a cruise ship.  They were still Adventurists.  Dad enjoyed choosing all the places they would travel by looking at travel brochures.  I think there are still a few boxes of them downstairs.  They would often drive to Vegas for a weekend, catching a couple of shows and gambling until they won enough to pay for the trip.  When we were older, all the kids and grandkids were included as our family cruised together to Mexico, Hawaii, California and Alaska.

I caught the Adventurist bug from my dad, moving to the wilds of Canada and teaching on First Nations Reserves for 15 years.  He always encouraged us to be teachers, “You have the summers off!”  was his most convincing line.  Later, I realized I didn’t get paid for those summers, but teaching turned out to be a good fit for me and I am grateful for his advice.

Don was a long-time member of the Shriners, as was his father, and volunteered every year when the circus came to town.  He loved playing golf and bowling and took home many trophies.  He was very proud of his hole in one and made the local TV news when he picked up a 3-7-10 split to win a bowling trophy. He passed that love of sports on to his family by teaching us and playing with us.  We bowled, played tennis, went ice skating, and downhill skiing.  We bought a one third share in a boat and spent many weekends waterskiing.  He was a fisherman and fished in the Rocky Mountains near Ferncliff, Colorado.  Mom would fry up the fresh trout for dinner while we teased him about how small they were.  With a smile he would reply, “the smaller ones are tastier.”  No one could beat him at ping pong, not even mom, and we often played pool together on his father’s pool table in the basement.

In this world things happen that we cannot explain.  Dad’s best friend, Dick Bangle, was born a week after Dad and he died the week before Dad passed away.  They had known each other since he met mom, about 76 years or so and shared a September birthday which the four of them usually spent together.  And, on the night Dad passed away, Doug had a dream that we were all at his funeral; Dad was there, too.  He was dressed all in white, smiling really big and carrying around a trash bag collecting things.  Everyone else had a solid body in this dream, but Dad was kind of translucent and glowing.  At one point, Doug said, we were all sitting around in deck chairs near the grave; Dad said something funny and we all shared a big laugh.

Don was smart, witty and clever and loved his family, although he was not always available emotionally.  I think that part of him was damaged in the war and he never was able to get past it.  He was not a famous man, but he was a great husband and dad and provided well for us.  With all our failings, we loved each other and, in the end, what else matters?

I’ll leave you with a piece of sage advice from my dad for you to ponder: “Are you sure you need all those lights on?”

Don is survived by his wife of 74 years, Darlene, his three children, Douglas Hall, Denise Proper and her husband, Jeff, and Deborah Hall; his grandchildren, Luke and Jake Hall, Julia, Jessica and Jonathan Proper, Flora Daniels; and his great-grandchildren, Parker and Harmony Daniels. His surviving nieces and nephews include Sherry Kaiser, Danny Miller, Susan Selbe, Cindy Selbe and Scott Selbe.

To send flowers to the family or plant a tree in memory of Donald Hall, please visit Tribute Store