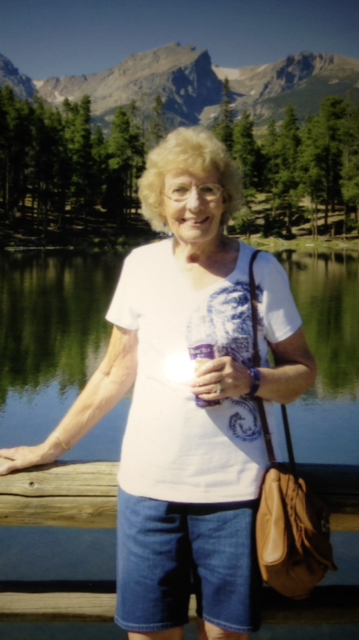 Dorothy Hyatt 83 of Henderson, Colorado passed away on October 31, 2019, in Northglenn, Colorado. She was born to Ludwig and Louise Frei on October 21, 1936, in Greeley Colorado.

She grew up and was raised east of Greeley on her family's hog farm. She graduated from Greeley Central High School in 1954.

Dorothy married her husband Donald Hyatt on October 17, 1957, in Greeley.  They were married for 59 years until Don passed away on March 12, 2017. Dorothy worked for many years as a manager for Silver State and Paradise Cleaners.

Dorothy enjoyed gardening and her flowers were a source of great pride for her. When the Colorado winters finally became to much Don and Dorothy started wintering in Casa Grande Arizona,  a place where they met a lot of new friends and could soak up the winter warmth.

Dorothy moved to the Crossroads community in Northglenn in the Spring of 2018. She enjoyed her final years here among the many friends she made and the caring staff.

Dorothy will be greatly missed by her 5 grandchildren and 2 great-grandchildren, Ryan, Nicholas, Samantha, Kody, Roy, Tyler and Connor.

She is also survived by a sister Mary Stoll of Greeley.

To send flowers to the family or plant a tree in memory of Dorothy Hyatt, please visit Tribute Store

Share Your Memory of
Dorothy
Upload Your Memory View All Memories
Be the first to upload a memory!
Share A Memory
Send Flowers