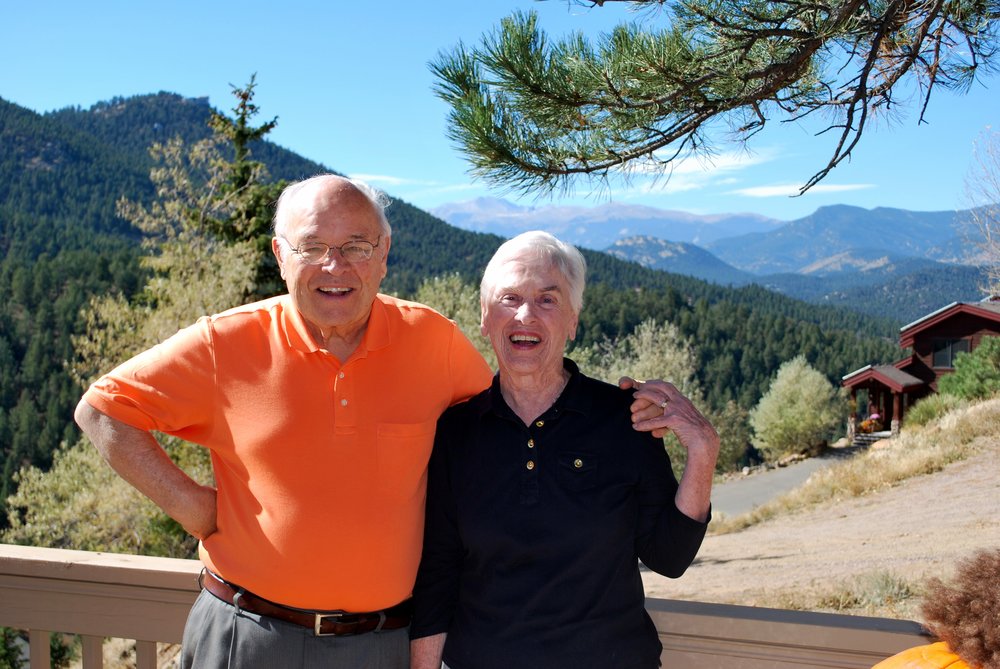 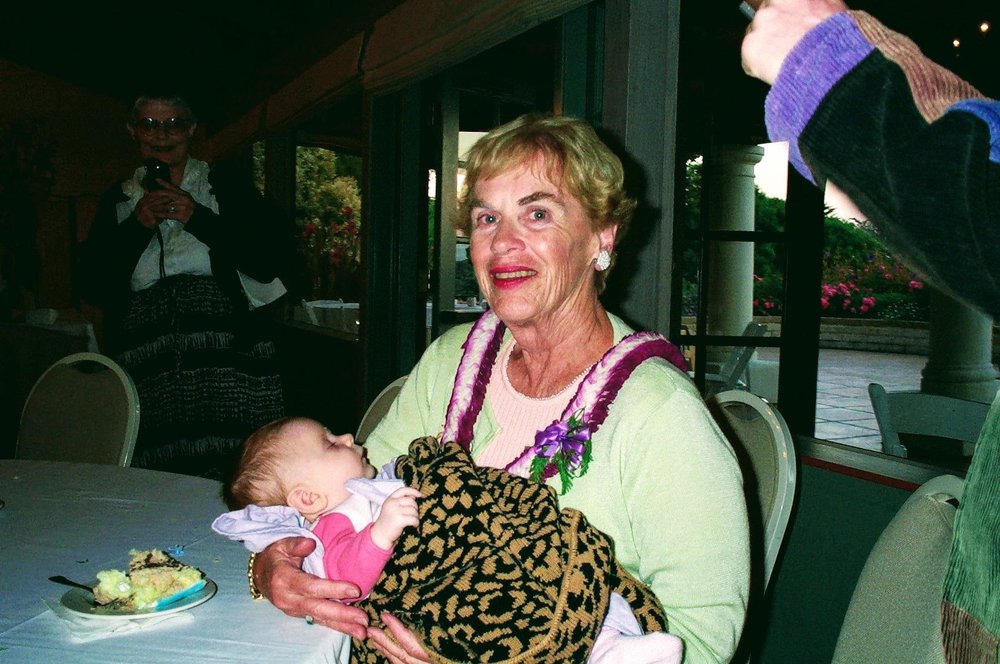 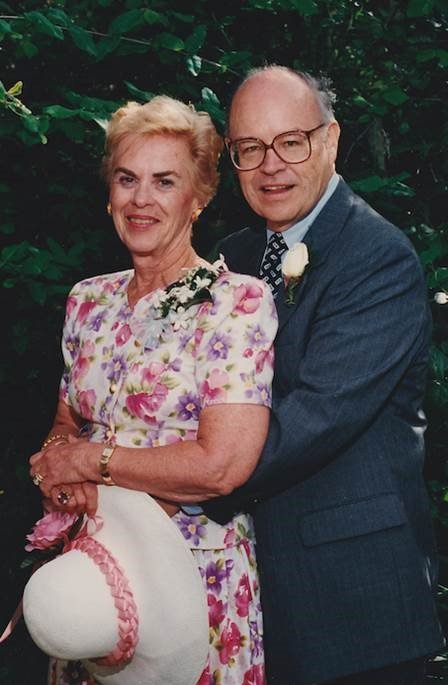 Dede was born in San Juan, Puerto Rico.  Her family moved to Havana, Cuba when she was three.  Her father was an executive with a US rubber company and as he climbed the corporate ladder, he moved the family to Long Island, New York when Dede was eight.  Dede’s family moved around the New York City area several times, and went to high school in Connecticut.  Dede later graduated Wells College, majoring in International Business.  Dede found a job at Parenting Magazine and met her husband Bruce at a party in 1956.  They married the following year and found a home in Greenwich, CT where they had three children – Jim, John and Mimi.

In 1965, Bruce got a promotion and moved the family to Brussels, Belgium.  There, Bruce and Dede had two more children – Amy and David.  The family very much enjoyed living in Europe, taking advantage of everything it had to offer – summers in France, Germany, Portugal, side trips around Belgium, the Netherlands and the UK, and winters in Switzerland and Austria and Northern Africa.  While Dede raised her children, she also taught French cuisine to American expats.  Dede also learned French to keep up with her children who went to Belgian French-speaking schools.

In 1976, the family moved back to the US to New Canaan, Connecticut.  The children grew up and went off to college, traveling the world, and starting their own families.  Eventually Bruce and Dede bought a home and retired to Hendersonville, NC where they lived for 25 years.  There, Dede enjoyed playing tennis and bridge, and also volunteered for the local theatre in Flat Rock.  Bruce and Dede would frequently travel to see their children and grandchildren during the summer and over holidays in California, Utah, Colorado and as far as Alaska!

Bruce and Dede moved into Morningstar Assisted Living in Littleton two years ago where they saw frequent visits from their children and grandchildren.  Colorado turned out to be a great spot for large family gatherings.

Her husband passed in September, and despite much care and love from all of her children and their families, Dede left us very peacefully just a month later.  We know that she was very grateful for all the care and love she received over the last couple of years by family and many care givers.

A funeral ceremony will be held at Fort Logan National Cemetery near Denver on Friday November 15th at 2:00pm.

A reception will follow.  In lieu of flowers, please make a gift to the Alzheimer’s Association.

To send flowers to the family or plant a tree in memory of Margaret Recker , please visit Tribute Store

Share Your Memory of
Margaret
Upload Your Memory View All Memories
Be the first to upload a memory!
Share A Memory
Send Flowers