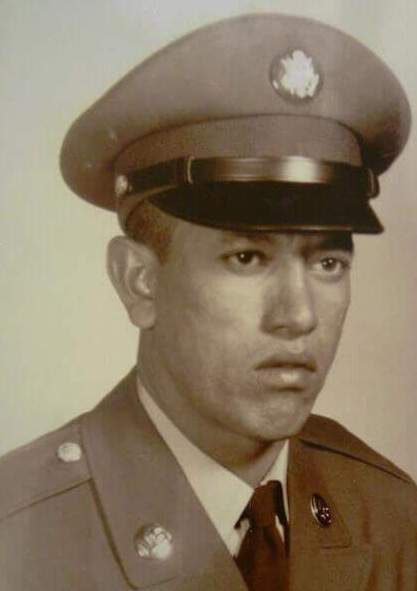 Manuel Garcia, 78, was granted his angel wings on May 10th, 2022, in Denver, CO. at Lutheran Hospice. His final days were spent surrounded by family friends that loved him dearly.

Manuel was born January 1944, in New Mexico to Jose S. and Lucia Garcia and grew up in God’s Country in the mountains of Northern NM. Manual graduated High School in 1963 and enlisted in the Army in early 1965 during the Vietnam War but was stationed and served in Frankfurt, Germany as a Combat Engineer. In early 1968, Manuel was honorably discharged and returned home to New Mexico. Manuel was always incredibly proud to have been of service to his country and spoke of that time with fond memories and respect.

After returning to New Mexico, he met his future wife Angie and the two married later that same year in 1968. Manuel and Angie moved to Denver, CO in 1969 where he excelled at several trades throughout his life. He was a carpenter, tradesman, and in his last 19 years before his retirement, he worked for the Department of Defense in multiple capacities.

Manuel, the ninth of ten children, was preceded in death by his father Jose and mother Lucia Garcia, followed by three of his brothers, and three of his sisters.

Manuel is survived by one brother and three sisters along with many nieces and nephews that adored him.

Pampo, a nickname the family affectionately gave him, also had many passions. He loved to watch the Denver Broncos and Colorado Rockies and rooted for them every season. He loved cooking - especially family recipes passed down from generations - for his own family dinners and Holiday occasions. He loved dancing and listening to Country and New Mexico Spanish Music all the time. He collected anything that he could related to the Military and found great relaxation and fun in carving wood and drawing or doodling on any piece of paper left in front of him. His family always admired that he could build and fix anything that he set his mind to and did these tasks for them daily. Pampo’s favorite things were his grandchildren and great grandchildren and spoiled them endlessly which his children found hilarious as he was known for being a strict – although in a completely loving way - drill Sergeant with them as they grew up. Manuel will be incredibly and immensely missed by everyone that loved and respected him.

Following the services ending around 3PM, please join the family for a reception at: