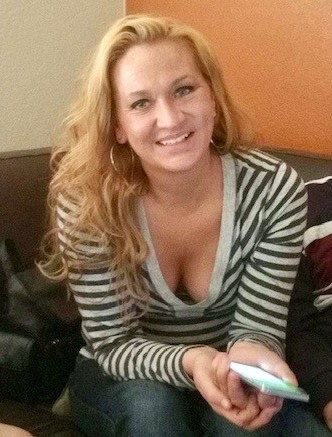 She was an easy child and loved to do all the things little girls do. She even tried her hand as a makeup artist when she was seven. Her brother Ryan was used as her personal model as she attempted to perfect her skills. While she was jealous of his long eyelashes ;) Jennifer loved her brother so very much. She enjoyed glamour without being a prima donna. She was athletically gifted with an outstanding southpaw jump shot that any basketball fan would admire. She enjoyed her time and teammates while playing on a traveling competitive team and for her high school varsity team.

A few years after graduating from Northglenn high school (Class of 2001) she joined the Air Force. After completing boot camp and military occupational specialty training she was stationed at Nellis Air Force Base. During her time in the military she served tours in Iraq and Afghanistan. What she saw in war took its toll on her and was something she never could escape from.

Upon returning to civilian life, she struggled to find happiness or joy. However, she was a warrior and continued to battle. She eventually found her way to Bruce Roberts, who was the love of her life. Along their journey they stumbled upon a little dog, Oreo. This "child" completed their family. After Bruce's passing in 2018, Oreo was Jennifer's light and they were inseparable.  They would spend hours enjoying the outdoors and taking walks.

All Jennifer wanted in life was to be loved, understood and accepted. She was a beautiful soul, beloved daughter, cherished sister and genuine friend. She could light up a room with her smile and her bright blues eyes.

"The sun, the moon, the wind, the stars, will forever be around, reminding you of the love you shared, and the peace she's finally found." - Author Unknown

A celebration of life is anticipated to be held this summer.  Information will be communicated at a later time via her mother, LoriDee.  In lieu of flowers, the family desires that you consider making an on-line donation to MaxFund Animal Adoption Center  https://maxfund.org/Donation-Page